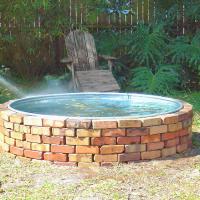 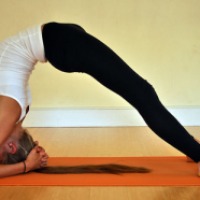 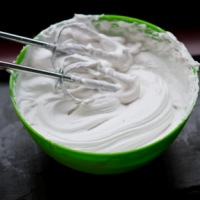 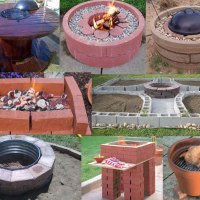 Loma Linda University  reported that people who ate beans at least three times a week had a 33% reduced risk of colon polyps (which often lead to colon cancer).

Researchers at Colorado State University reported on the anticancer abilities of beans: white kidney beans have greater impact on cancer cells than navy beans, and that more colorful beans have milder effects. Foods that were found to be especially protective against head and neck cancers, which include cancer of the mouth, throat, and larynxthese cancers included beans, carrots, and tomatoes, among others.

Broccoli and other cruciferous vegetables, such as cabbage, cauliflower, brussel sprouts, and kale, among others, contain several compounds shown to fight cancer.

Carrots are an excellent source of beta-carotene, a potent antioxidant that has been associated with a reduced risk of various cancers, including prostate, mouth, throat, colon, stomach, and bladder. This does not include beta-carotene supplements – to receive the benefits, carrots must be eaten.

Garlic contains allium compounds that enhance the activity of immune system cells designed to fight cancer – they block carcinogens from getting into cells and also slow the development of tumors.

Mushrooms, including shiitake, reishi, coriolus versicolor, and maitake, have demonstrated cancer-fighting properties. The anticancer abilities are attributed to polysaccharides, including beta glucan, which enhance the immune system and strengthen it against cancer. Mushrooms also contain complex protein/sugar molecules called lectin, which have an ability to prevent cancer cells from multiplying. Another compound in mushrooms is ergosterol peroxide, which can inhibit the growth or prostate cancer cells and prompt apoptosis, according to a study reported in Chemico Biological Interactions. The yamabushitake mushroom has demonstrated potential against human leukemia.

Raspberries have been shown to decrease the number of esophageal tumors. In subsequent studies, black raspberry extracts inhibited the growth of colon cancer cells.

A recent review in Current Medicinal Chemistry reports on the impact of lycopene on cancer in general, and how its potent antioxidant properties help it prevent cell damage and inhibit cell growth. In addition, some case-control studies have shown that greater consumption of tomatoes and lycopene is associated with a reduced risk of lung cancer.

The spice turmeric: Curcumin, the active ingredient in turmeric, appears to involve a blend of anti-carcinogenic, pro-apoptotic, anti-angiogenic, anti-metastatic, immunomodulatory and antioxidant activities. One study showed  it inhibited the growth of both human and animal prostate cancer cell lines. 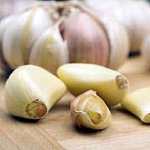 Garlic – Garlic belongs to the family of vegetables called Allium, which includes onions, scallions, leeks and chives. Laboratory research has shown that one garlic component, called diallyl disulfide, exerts potent preventive effects against cancers of the skin, colon and lung. Recently, this compound proved able to kill leukemia cells in the laboratory. A compound derived from garlic called ajoene has displayed similar activity. Garlic protects against stomach cancer and decreases one’s chances of developing colorectal cancer. The higher the exposure to the food = the greatest decrease in risk. In laboratory studies, components of garlic have shown the ability to slow or stop the growth of tumors in prostate, bladder, colon and stomach tissue.

Peanuts, Grapes, & Mulberry Fruit – They all contain resveratrol, a type of natural phytochemical that belongs to a much larger group of phytochemicals called polyphenols. Laboratory research points to resveratrol’s ability to slow the growth of cancer cells and inhibit the formation of tumors in lymph, liver, stomach and breast cells. Resveratrol has also triggered the death of leukemic and colon cancer tumors. In one series of studies, resveratrol blocked the development of skin, breast and leukemia cancers at all three stages of the disease (initiation, promotion and progression).

Tomatoes  – Their red hue comes chiefly from a phytochemical called lycopene. Reasearch has  found substantial and convincing evidence that foods containing lycopene probably protect against prostate cancer. Consumption of tomato compounds has been linked to large decreases in prostate cancer risk. Moreover, there is evidence that this cancer-fighting potential is increased if tomatoes are consumed in a processed form that allows these natural compounds to be released and more easily absorbed, such as tomato sauce, tomato paste or tomato juice. In the laboratory, tomato components have stopped the proliferation of several other cancer cells types, including breast, lung, and endometrial. 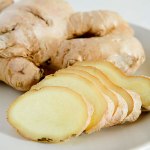 Citrus Fruits – Citric acid and flavonoids in citrus fruits contributes to their antioxidant & anti-cancer properties. Citrus fruit consumption increases your protection from oral cancer,  and cancers of the digestive and upper respiratory tract. A 2010 study showed that citric acid alone does not protect against cancer – it works best when the fruit is consumed because the flavonoid/citric acid combination is what works and protects against cancers. Limes & lemons have the highest concentration of citric acid – as much as 8% of their dry weight. Citrus foods: limes, lemons, grapefruit, oranges, berries, pineapples, tamarind, tomatoes, & cherries. Please note: If you are taking medication, please consult your doctor before increasing your citric acid consumption – it can interfere with absorption and effectiveness. Also, consuming too much citric acid can have some side effects such as PH balance disturbance, diarrhea, nausea, etc.